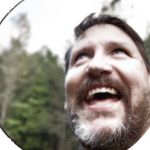 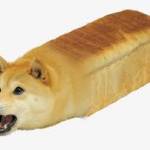 Are you sure that you want to delete this comment ? 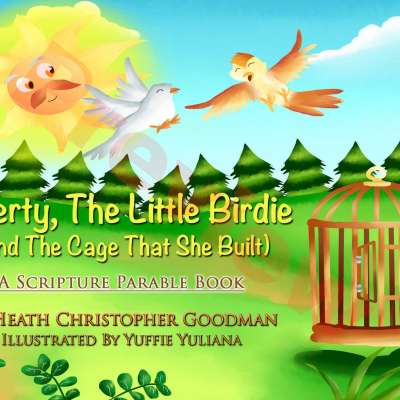 Liberty, The Little Birdie And The Cage That She Built (A Scripture Parable Book Book 2)

Liberty, the little birdie, like all birds was always meant to be free. But angry birds threw rocks from their cages and wounded her. She crashed to the earth. Then she too built herself a cage and became angry. How could Liberty ever be free again to fly the big blue sky?
***This item can be purchased with Rem Dollars!
PREVIEW LINK- http://creatorgraphics.com/liberty/
Now On Amazon- https://www.amazon.com/dp/B0847FW8H2 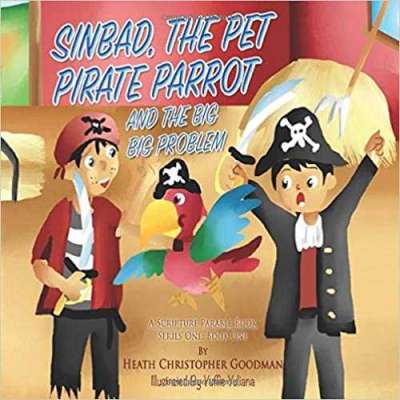 Getting a little pet From Diablo's Pet Shop seemed to be an innocent and harmless thing. But Paco and Pablo learn a valuable lesson after they take Sinbad, the Pet Pirate Parrot home. Diablo's pets are like those "pet sins" we all get tempted to entertain and even hide in secret. But just as Paco and Pablo discover, a little pet can turn into a big big problem. A scripture parable story that is sure to entertain both children and adults while also teaching a great moral precept in God's Word.
***This item can be purchased with Rem Dollars!
PREVIEW LINK- http://creatorgraphics.com/sinbad/ Now On Amazon- https://www.amazon.com/dp/1951965027 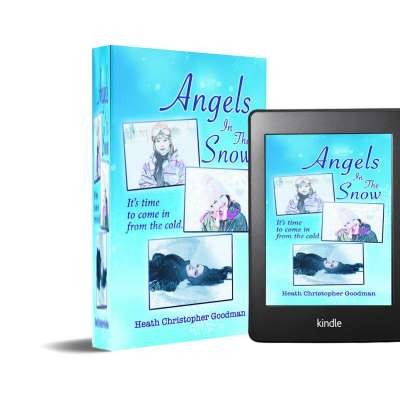 Angels In The Snow

The corpse of a woman lays frozen in the snow. It seems like last night in an arctic storm blast, she had left the comfort of her home to plop herself on the ground on a nearby hillside. She made a “snow angel” impression and then promptly froze to death! Such a beautiful young lady! What was going on in her struggling soul to cause her to give up on life and want to die like that?Poor Jenny must have finally snapped from the guilt of it all. You see, she made a terrible choice and then forced herself to forget that she ever did it! She even created an alternate reality in her mind, making up elaborate memories that were all just fanciful lies. Her whole life unravelled into an empty, lonely nightmare. Weep Jenny, weep a winter flurry of tears but it won't bring them back! Jenny couldn't wake up from the nightmare no matter how hard she tried. She couldn't go back in time and change what she did. Everyone told her that she had to move on and live with the consequences but now she would rather die in the darkness and in the cold. It must be her sad destiny, right? Oh, life can be cold and harsh like a winter storm. Even a sincere, last minute prayer couldn’t bring Jenny the miracle she so desperately needed. Or could it? Her heart was already frozen, forever in a moment, in a choice she had made. So it’s only fitting for her to leave the world by surrendering to the cold, harsh winter elements. Jenny laid down on a fresh bed of snow as temperatures dropped way below freezing. She was mad out of her mind as she flapped her arms and legs like some happy child in a playful moment. She was crazy to think that her dying prayer and frozen teardrops might somehow be heard and seen... by angels in the snow.What if a mother could peer into an alternate reality to see the babies she was aborting, all grown up as her beloved children? What if she could see that what she thought was the greatest burden in her life would turn out to be the greatest blessing of her life? What if she could see that in saving the life of her children, she actually saved her own?This highly suspenseful, gripping yet heartwarming short story is so well told that many readers have said that they consumed the entire book in just a few hours. It definitely grabs your attention and you won't let you go until you reach it's highly climatic and incredible conclusion. The book continues with the author's own intriguing personal testimony and passionate message which will rattle you to the core of your soul. Although the story definitely will bring visual clarity and serious afterthought on the subject of abortion that will haunt your conscience for many days beyond, the end message takes it to even a whole new level in regards to the Christian worldview. For anyone on the fence, this book will certainly shake you up and wake you up to why Pro-Life advocates are so passionate in their perspective.The author invites both sides of the abortion issue to read this important controversial work to spur on greater understanding and dialogue in the intense position that it takes. It will definitely challenge the status quo. A disclaimer must be inserted: Initial feedback of this short but crucial literary piece has proven to emotionally grip it's readers and most likely polarize you one way or the other. Please be forewarned that even though the book is decisively and unashamedly Pro-Life, it is guaranteed to impact your soul, no matter who you are or what position you take.
***This item can be purchased with Rem Dollars!
Now On Amazon- https://www.amazon.com/dp/1951965000 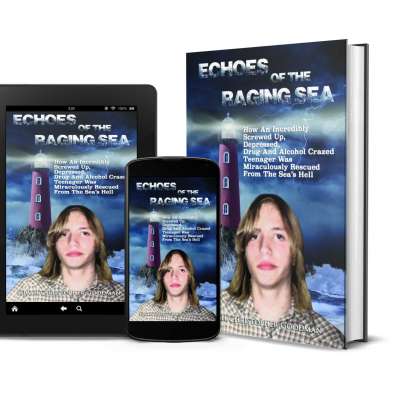 Echoes Of The Raging Sea: How An Incredibly Screwed Up, Depressed, Drug And Alcohol Crazed Teenager

“I’m gonna kill everyone of those wanna be ‘Kicker’ cowboys and their goody two shoe girlfriends!” My blood boiled with hatred as I searched all throughout the house for Marvin’s guns. I envisioned walking up to them and shooting them point blank in the face.However, I didn’t find the weapons of choice but I had an idea that at the time I thought was even better. I would make homemade fire bombs and throw them at them and gleefully watch them “Burn baby burn!” After my anger subsided, I thought on how much suppressed hatred and bitterness was in my heart. I knew deep down that I would have truly murdered those redneck dudes if I had found the guns. I thought on how that same vicious passion of murder was in my heart for my own father. When I was younger I wanted to burn him alive too by setting our house on fire. I had it all planned out. I really thought my mellow-stoner-dude personality had killed the sea monster that thrived in the raging sea of my childhood. I guess I still had the beast inside of me after all. I truly had no idea how to slay it. But I told God that if He didn’t want the sea monster inside of me roaring his ugly head then He better not let anyone try to hurt me ever again! Yea, like that was ever going to happen in the raging sea...Like a single teardrop in the vast ocean of human suffering, Heath Christopher Goodman may not be anyone of great importance or really that special as to stand out from anyone else in the raging sea of this turbulent reality. However, even before he was born, the devil wanted him dead for some odd reason. Throughout his life, Heath has had many near misses with death as he struggled to keep from drowning in the sea's hell. He almost went under for good a few times but by the mercies of God, he's always been rescued just in the nick of time. He doesn't attribute his survival in the raging sea to being a great swimmer or even a great survivalist. He attributes his continuing endurance to the One who did not merely walk on water but in all actuality transcended the raging sea under his feet. It was He who reached down into the troubled waters and grasped the hand of a wayward, confused little boy and brought him up, to set his feet upon a rock. It has been He who has shown Heath that he needs not to fear the tempests and turmoils of the raging sea... but instead, to place his trust in the One who can whisper "Peace, be still!" to his floundering soul, and even the winds and waves obey Him.Got a teenager in trouble? Need a book that might just help them?
***This item can be purchased with Rem Dollars!
Now On Amazon- https://www.amazon.com/dp/1951965019

Are you sure you want to unfriend?

Are you sure that you want to remove this member from your family?

New member was successfully added to your family list! 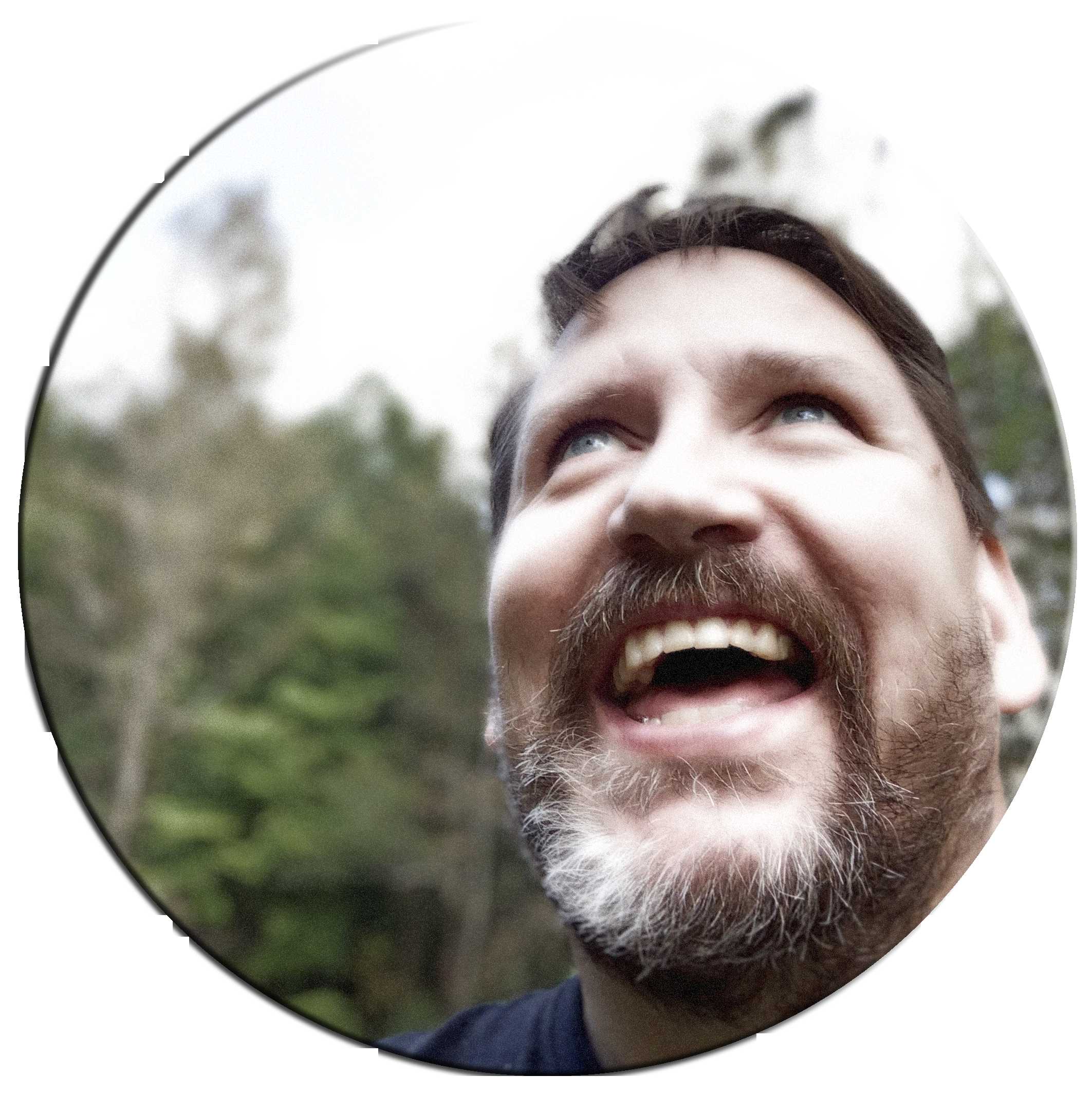